Our 1st International Wigner Workshop (IW2) has concluded. We had eight talks, seven speakers, three sessions, and additional participants from ISANN who joined our workshop. A booklet is available, containing the list of speakers, the program, the accepted abstracts as well as an overview of the recently published special issue of JCEL on Wigner functions.

See you next year for the 2nd International Wigner Workshop!

Here are a few photos taken at our workshop: 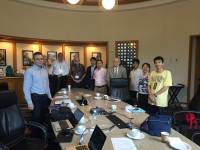 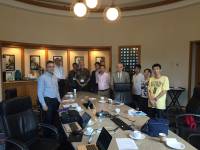 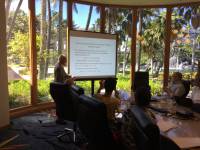 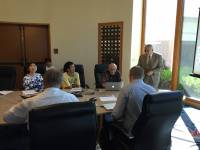 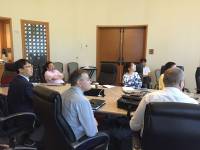 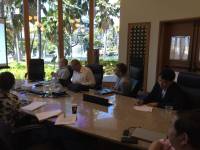 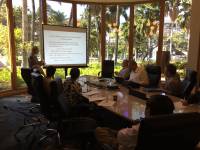 We are organizing the 1st International Wigner Workshop (IW2) in conjunction with the 2015 International Symposium on Advanced Nanodevices and Nanotechnology (ISANN), which will take place in from November 29 to December 4, 2015 at the Hilton Waikoloa Resort on the big island of Hawaii, USA.

The idea is to use the one day workshop as a platform to discuss the more general physics/mathematics of Wigner functions and transport, and put the more applied talks, such as nanodevice simulation, tunneling, and some transport, into a special session of ISANN itself. The idea of the workshop is to have two sessions of talks, either on the Friday, or on Friday and Saturday, just before ISANN. This will leave plenty of time for ad hoc discussions between the participants on a very relaxed basis without interruptions from the things that normally appear in every day life.

Why Hawaii? Why December?

By December, the special issue of JCEL will be out and we will have a reference “book” which discusses the use of Wigner functions (hopefully) in a wide range of applications. This will serve as the underlying information for the workshop. The workshop itself needs to bring together people working in the field for both formal and (more importantly) informal discussions while all at the same site. ISANN is an international conference, supported by both the Japanese and the Americans, and traditionally draws some 100 participants from around the world. Moreover, this conference brings together people interested in basic physics as well as those in applied physics and technology. People such as Gordan Baym and Alan MacDonald have spoken on basic physics, while groups from major industries have talked about real devices. The 2015 conference will honor Klaus von Klitzing for his long history of contributions to this field. By placing a special session in this conference, we expose a wide variety of attendees to Wigner functions and their role in quantum transport, along with the obvious connection to Boltzmann transport. This can have the desired effect of dramatically widening the range of people interested in this field of research. Thus, it is felt that no better forum exists to bring a wider range of people into our world.

The Waikoloa Resort area is about 20 miles north of the Kailua-Kona airport on the west side of Hawaii, and in the center of the Kohala coast, which is a very dry area with outstanding beaches. There are direct flights to this airport from San Francisco, Los Angeles, Chicago, and Phoenix. You can also reach the airport through Honolulu, with many flights per day on Hawaiian Airlines. A special rate has been negotiated with the Hilton Waikoloa Resort for rooms. The big island has many climatic zones and is home to many waterfalls, the active volcano, and the observatories. The locals are quick to say that when measured from their base (in the ocean), Mauna Loa and Mauna Kea are the highest mountains in the world! The period from late November to March is also the season when the humpbacks winter in the central oceans, so they can often be seen off Hawaii in December.